A Wave of Artefacts 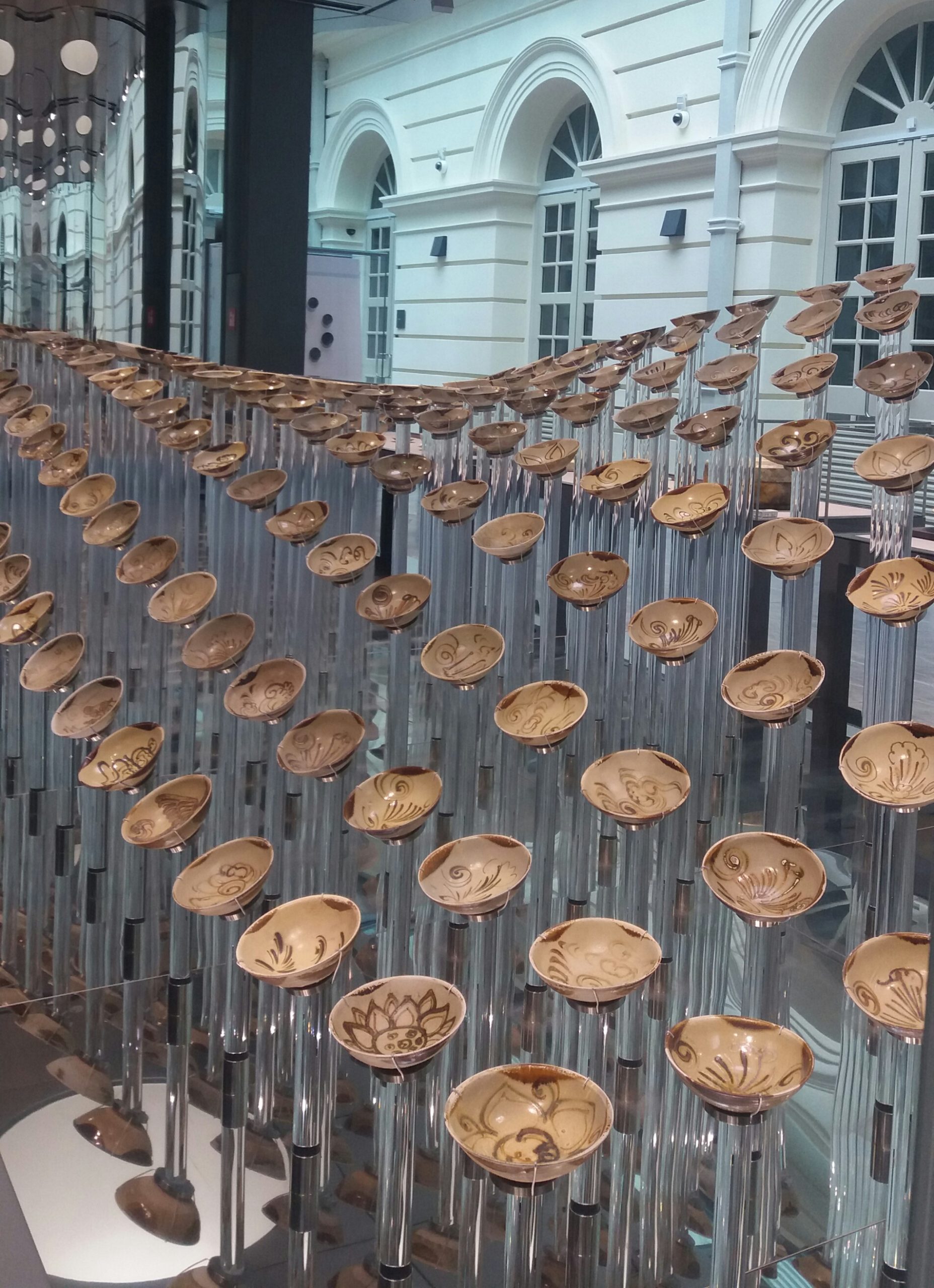 The 9-th century Tang Shipwreck, also known as the Belitung Shipwreck or Batu Hitam (meaning “black rock”) Shipwreck, held remarkably preserved cargo showing the importance of the maritime trade across Asia at the time. The ship of Arab origin was built using incredible boat-building techniques, such as having been built without nails. It is the oldest Arab vessel discovered in Asian waters and held the largest ever find of Tang dynasty artefacts. Among the cargo were around 70,000 ceramics produced in China. In the image, some of these ceramic artefacts are displayed as if riding on top of a wave.